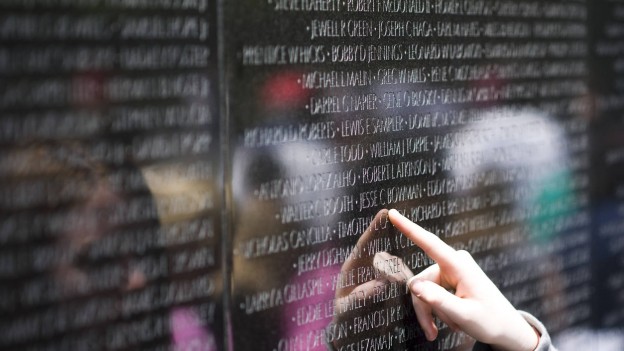 comes invariably from people who are not fighting.”
― George Orwell, Homage to Catalonia

Today is one of those days, March 19, 2016,  which places a thumb on the scales of good and evil.  This day is one of those days which makes me sick to my stomach.  Today is probably one of the days equal to all the idiotic days of idiotic actions by power mad and idiotic presidents combined.  This is the day the VI Bush II invaded Iraq.

Oh, we all watched or read about his excuses to engage in a war against a country which had been made into a backwater by his father.  We know the lies he spread to enter a country which was nothing more than an account in the budget of the U.S. Air Force.  And, we know four thousand four hundred ninty-one United States military were killed for the VI and his criminals.

The war was for a guy trying to show how smart and tough he was.  It was a war that the leftovers from the Vietnam War waged to show how they were right about Vietnam and Tricky Dick was wrong to negotiate a treaty to get our ass out of the beautiful country left wasted.  It was a war for all the wrong reasons.

Think of Vietnam.  The buildup to it is complex and the results were in a very different time.  World War II had literally just ended.  The Korean War was just at a truce and a line barely in place.  And the Soviet Union was doing its best to rattle America.  Add in Red China trying to extend its influence.  A lot was going on in the world and in particular South East Asia.

Forward a few decades and we have the unelected president trying to show how he was tougher and smarter than daddy.  His syncopates were more than willing to join in under his big umbrella.  Need a reason to invade.  Why not combine the attacks on the U.S. on September 11, 2001 with something.  Unfortunately the only something to add in would be lies.  So, why not use lies?   We the citizens of the United States of America were lied to.  The rest of the world was lied to in the United Nations Assembly.  The VI got his war.

Fast forward button pressed to the current Republican Party.  A party more often screaming and yelling and threatening to use American might to smuanch those they dislike than to negotiate a calm.  They think that the U.S. military is to be used anytime they suspect a terrorist cell is around, even it is not.

Now that you are in 2016 (jesus alou this is a long time from my beginning) and the Republican Party is now a party of idiots, with several of the idiots who were with Nixon and the VI playing a supporting role, I can only guess at what would happen if the orange hair bully was elected president.  Sure a few in the military would resign or retire rather than do his bidding.  The majority would follow orders.

Iraq, Afghanistan, Syria, Iran, Turkey, Pakistan, the Baltics, India, Palestine, and many more regions would be in danger.  He probably would not bother with Africa, his supporters do not care about black people.  I am very willing to believe he would be attacking the world on his own, no other nation would lift a finger, other than to protest.

You want to know why this election is so important?  That alone should scare people to vote Democratic.  Domestically he has promised to make this the white supremacist homeland.  Anyone except white, male and in the missionary position would be punished.  Scared yet?

What-me has been online continuously since June 1994. View all posts by admin